Judo and Awsome Kata For 4 (Kata4some)

I do love it when people put serious effort into their Kata. I've seen some beaut's

But this one I got sent me on Facebook, has to be the best so far.

For a while I thought that they had spoiled it by putting in a special effect; in that where they roll back into position at the very beginning of the video, having been thrown with Tomo nagi, seemed fake. But I'm not so sure anymore. Still however they have done it the rest of the Kata is just outstanding theater. Just the way Kata should be.

It appears to be a mixture of the more spectacular throws rather than any set or more traditional forms and there is nothing wrong with that at all.

I think the one I like the best however is Hari Goshi; towards the end. It must have taken a lot of practice to learn to maintain that position for that length of time. Anyone who thinks that form work doesn't build fitness just has to review their opinion after seeing that. 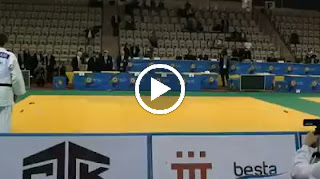